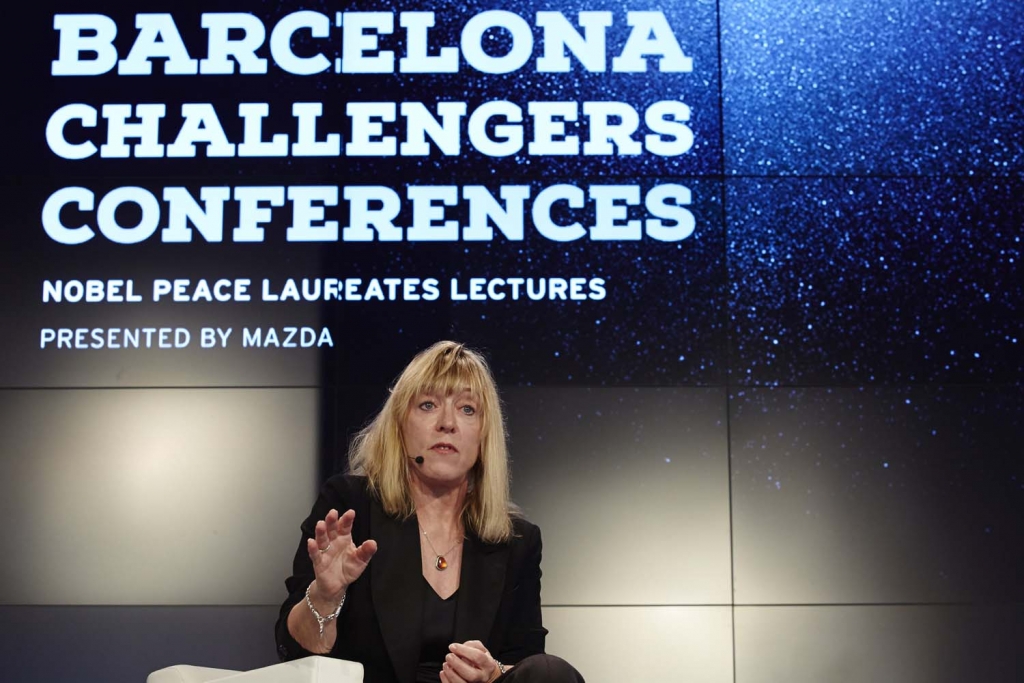 On the 23rd September, ESEI Business School attended the 3rd edition of the BARCELONA CHALLENGERS CONFERENCES; Nobel Peace Laureates Lectures. The topic was “Times of Change”- How Innovations and Technology Influence the Future of Work”. The speaker for the event was Jody Williams – the 10th woman to receive a Nobel peace prize in 1997 for her actions in founding the International Campaign to Ban Landmines. Jody convincingly outlined her positions about the future of use of technology and innovations in the civil and military areas in a conversation with Vincenzo Cursio, Vice-President of the Permanent Secretariat of World Summit of Nobel Peace Prize Laureates.

The event included talks by:

Guy Standing – Professor of development studies at the University of London’s Oriental and African Studies and Author of “The precariat – The new dangerous class”.

Federico Pistono – Social Activist and author of “Robots will steal your job, but that’s OK: how to survive the economic collapse and be happy”, also considered as one of today’s leading futurists.

And Dr. Alex Bandar, Engineer and software developer for the MIT, Apple and also the U.S government, today founder and CEO of the world’s largest “makerspace”: The Columbus Idea Factory.

Those speakers were discussing the impact of the new technologies and innovations in our economy and society, and how they will change the way we work.

This events was an opportunity to discover innovative ideas from some of the most recognize actors and activists on the new uses of technology in our world and the consequences it may and will have.