ESEI International Business School is home to students and staff from all over the world. We have a real sense of community here and like to spend time getting to know each other, making friends and connections for life.
Today we’d like to introduce you to our admin and management team. If you missed part 1, where we introduced our student support team – click here! 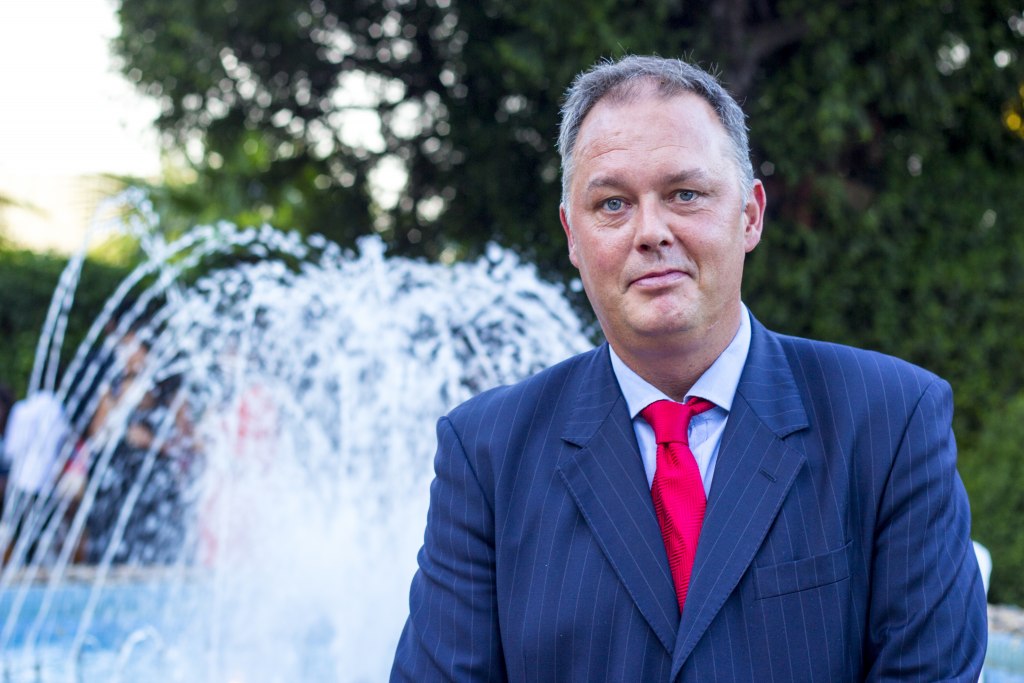 Jordi is one of ESEI’s directors and has been working at the school for 15 years. You’ll see him everywhere in the school, in the administration office or in the newly landscaped gardens.

Jordi says that the best thing about his role is seeing the motivation and continuous improvement of the students, and knowing that the school and its staff play an important role in helping the students to achieve their career goals.

In Barcelona, he loves to walk around the Born neighbourhood, which he says is his favourite place. At the weekend you’ll find him having a great time with his family and playing with his two young children and lovely wife!

Jordi is also an ex-professional tennis player and likes to be challenged on the court.

Who would play him in a film?

If they made a Hollywood movie about his life, Jordi says that Matt Damon would play him.

Who would he meet for dinner? 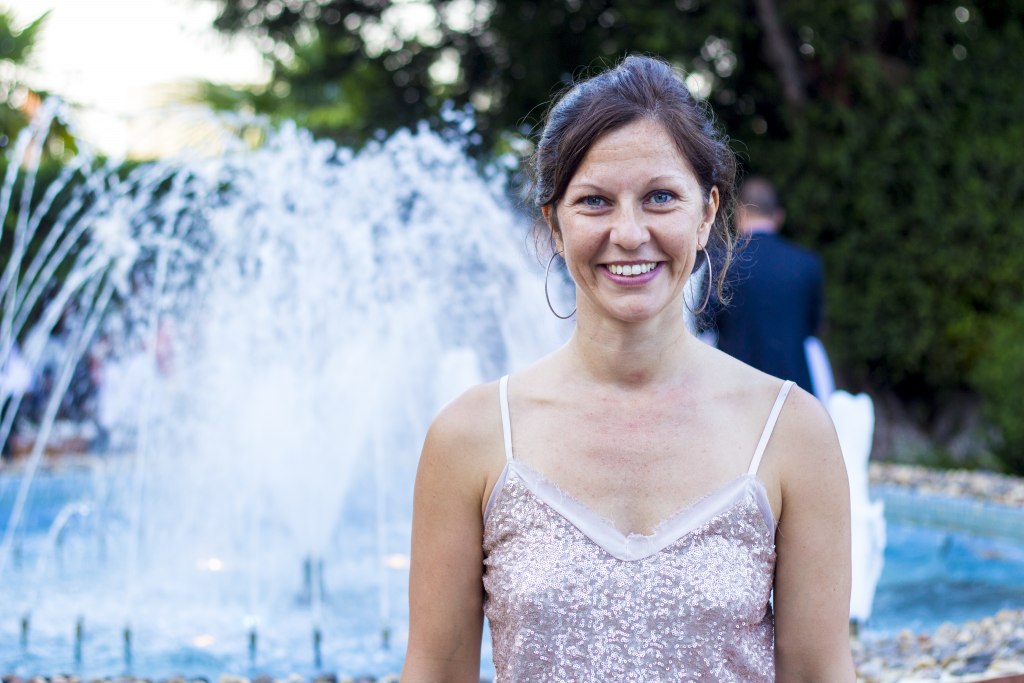 Carlota is from Spain and has worked at ESEI for 8 years. She is the Director of Business Development and Team Management at the school.

For Carlota, the best thing about working at ESEI is the community including the professors, students, and partners. She says she finds a lot of inspiration in  the garden, where she can sit and relax. She also loves the fact that each day is different and that she has space for any of her more formal or even crazy ideas to be implemented!

You’ll find Carlota kitesurfing, doing yoga or chilling with her family and friends. When it comes to travelling outside the city, she loves the Costa Brava and small towns like Calella de Palafrugell, Begur, and Tamariu. You might also spot her in one of Barcelona’s many coworking spots, especially in Gracia and Born, and Poble Sec.

Carlota is also an Ashtanga yoga instructor and will soon be offering yoga classes to her team, and the professors and students at ESEI.

She says, “I am also a ‘Nomad Entrepreneur’ involved in the sharing economy. I’ve got a Master in Innovation, and a Master in Coaching in progress, and lastly, but probably most importantly, I’m also a mother!”

Who would she meet?

Carlota would also choose entrepreneur Richard Branson. Perhaps she can share the time with Jordi? 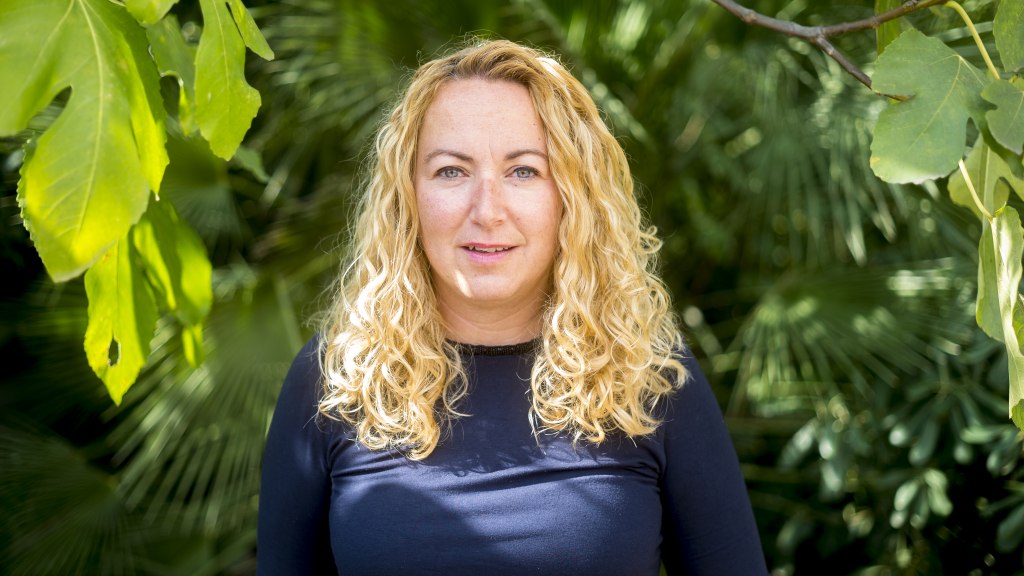 Gemma is from Barcelona and has been working in accounts at ESEI for 2-and-a-half years. She most enjoys the pleasant atmosphere of the school, which is created by the wonderful community of staff and students.

Gemma loves to relax reading a book and enjoys trips to the beach, which is no surprise when you see Catalonia’s beautiful coastline. She also likes watching a good movie at the cinema with friends.

Her favourite place in Barcelona is Gaudi’s masterpiece, the Sagrada Familia. The breath-taking modernist cathedral is still under construction – building began in 1882 and it is expected to be completed around 2028. When she’s not in the city, Gemma often visits different places along the Costa Brava.

Who would she meet for dinner?

Gemma would like to meet Xavier Sala I Martí, a well-known economist that she admires.

She would choose Julia Roberts. 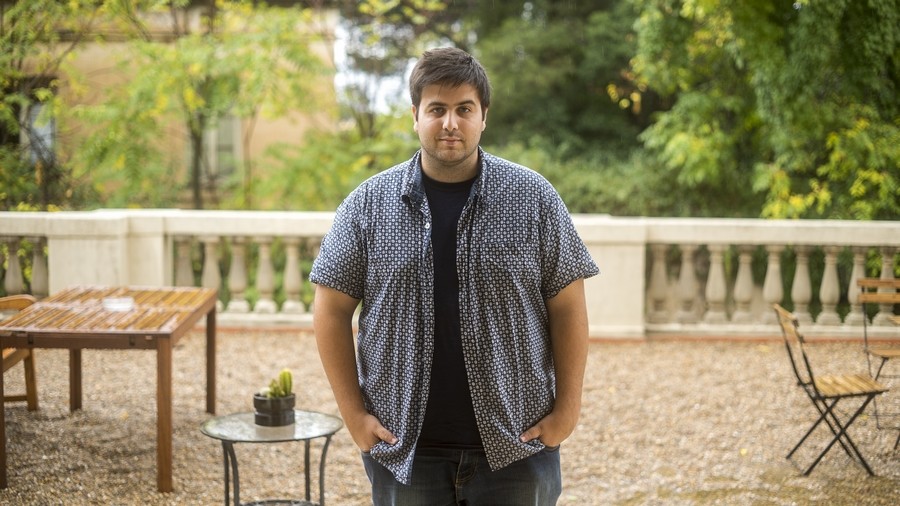 David is from Banyoles, a small town near Girona in northern Catalonia.

He is the designer and photographer at ESEI and has been working here since August 2016. It is his goal to use his creativity to build a strong brand image of the school through graphic design, photography and audio-visual material.

For David, the best thing about working at ESEI is the creative freedom he has and the great atmosphere in the office.

You can probably find David at the movies, or in one of the bars and restaurants in Gracia, his favourite place in the city.

Who would he have dinner with?

He says, “I would like to have a dinner with Woody Allen!”

Who would play you in a Hollywood film? 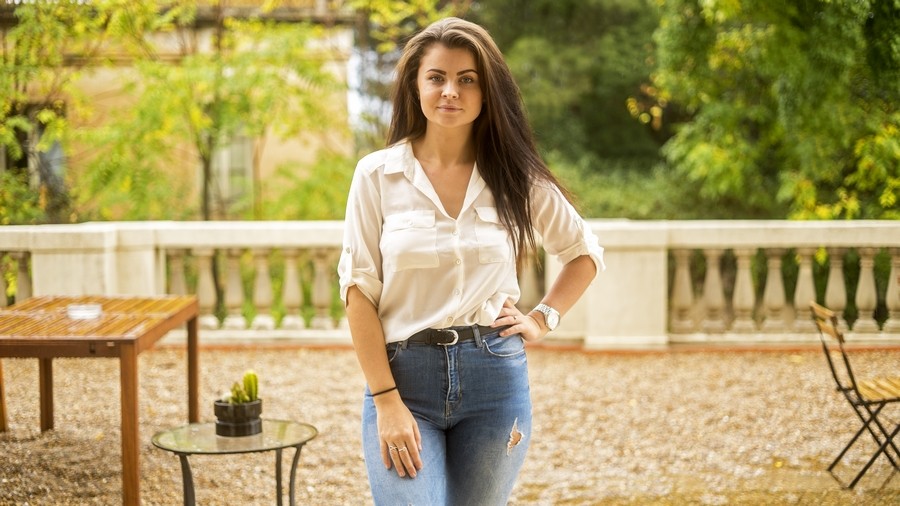 Eliarita is originally from Kosovo, raised in Sweden and is ESEI’s Administration & Admissions Intern. She’s only been working at ESEI for about a month, but so far the best thing about working here for Eliarita is the pleasant working environment and the friendly relationship between colleagues.

Things are very pizza-centric for Eliarita and you either find her at home eating pizza, or at the park eating pizza.

But when she’s not eating pizza, you might spot her at the old air defense Bunkers in El Carmel overlooking Barcelona, or on the beautiful mountain of Montserrat, or perhaps even wandering the historic streets of El Born.

Who would she meet for dinner

“I’d spend dinner with Michelle Obama and Ada Lovelace, the English mathematician and writer,” she says.