ESEI International Business School is home to students and staff from all over the world. We have a real sense of community here and like to spend time getting to know each other, making friends and connections for life.

Today we’d like to introduce you to our student support team. Here’s the 2nd part! 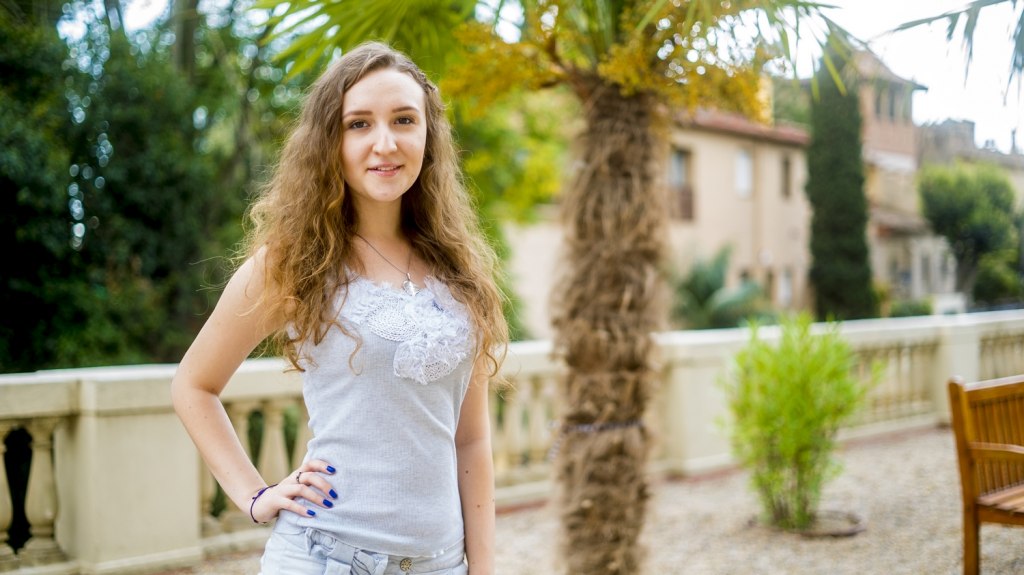 Valeria hails from Kyrgyzstan (not to be confused, she says, with Kurdistan!). It is a small Central Asian country with a beautiful nature and very hospitable people. The official languages in Kyrgyzstan are Kyrgyz and Russian and the country has a population of around 5.3 million.

If you’re in the school, you’ll be sure to meet Valeria as she is the In-House Academic Consultant. This means she is the main point of touch for ESEI students and teachers.

She began working in ESEI Administration in September 2016 and then moved to her new position in 2017. She now keeps track of student attendance and performance as well as dealing with calendars and schedules, and controlling the ongoing activities and programmes.

For Valeria, the best things about working at ESEI is the friendly environment, constant challenges and, of course meeting hundreds of students from all over the world.

You can find Valeria lying on the beach or travelling around Barcelona.  She loves Montjuic gardens, one of  the best places to recover after a long week and to enjoy the amazing views.

Who would she meet?

“If I could have dinner with any entrepreneur or business person it would be  J.K Rowling. I would ask how she managed to stay persistent and achieve her goal after being rejected 12 times.”

Something you didn’t know about Valeria:

“I have been playing the piano since I was 6 years old and I was sure that I would become a professional pianist. Then I suddenly moved to Spain to study business, but still have this dream.” 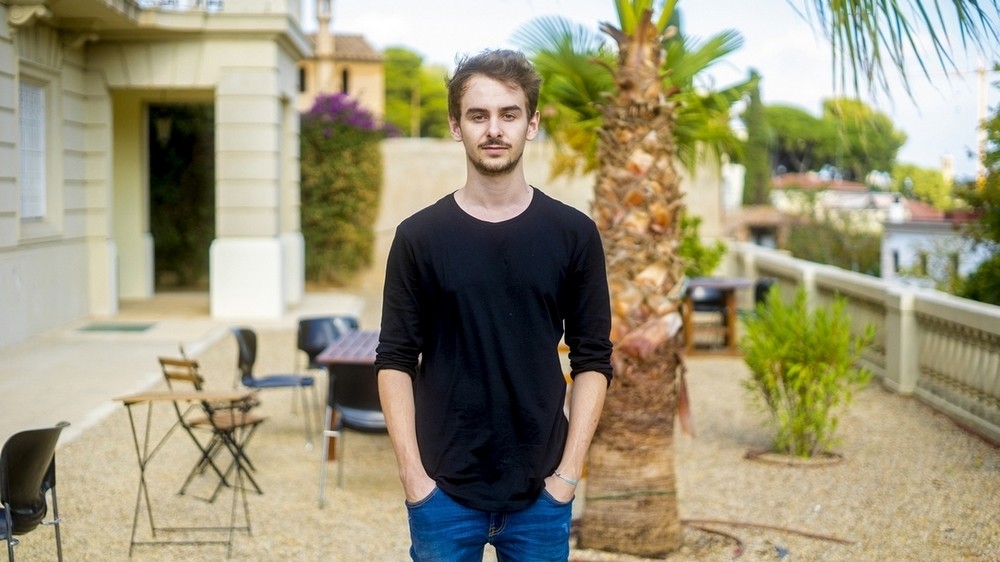 Lucas is from Quimper, a city in Brittany, northern France (he insists that you stop reading and Google it now, because it’s beautiful). When he was 10, he moved to the Pyrenees.

He began working at ESEI in September 2014, starting as an intern in administration. Afterwards he became the school’s full-time administration coordinator.

A year later, he had the chance to study ESEI’s Master in Marketing and Communication programme  – and once he graduated  he took on the role of the Marketing and Communication Coordinator. This means that he is now in charge of all the marketing activities at the school, including advertising, partnerships and managing events. On top of that Lucas, is also the internships contact person, helping students and external companies find their perfect match.

Lucas loves the fact that ESEI is full of people (students, staff, and visitors.) from all around the world, with different backgrounds, experiences, beliefs, stories. He says, “I literally learned more about geography working in ESEI than during my studies!”

Lucas says that Barcelona itself is his favourite place, but if he had to choose to go somewhere relaxing, he’d go to Plaça De La Rosa Dels Vents behind the W Hotel.

Who would he meet for dinner?

“There’s so many people I’d like to have dinner with! Apart from the obvious icons such as the Dalai Lama, the Pope or Gandhi for example, I’d probably go with the French journalist, photograph and environmentalist Yann Arthus-Bertrand for what I could learn from his travels and experiences all around the world or Chef Alain Ducasse (also French) just because the food would be amazing!”

Who would play him in a Hollywood film?

“I’m a big fan of actor Jake Gyllenhaal, so he would be the only actor I could think about to play me if someone had the weird idea to produce a movie about me!” 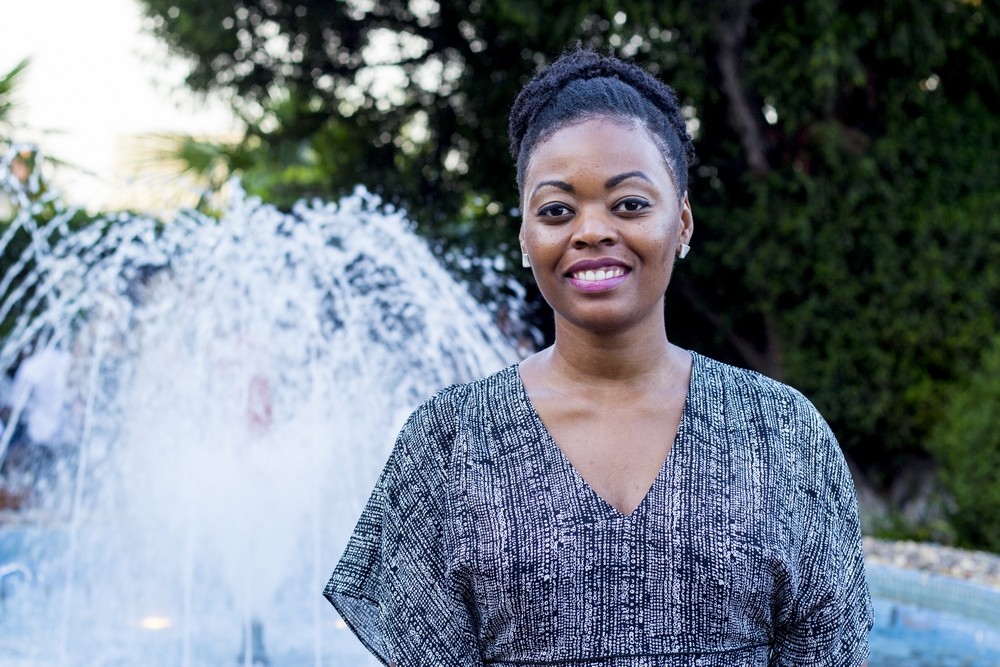 Simisola is Nigerian, born and bred and has lived, studied and worked in Spain for a long time. She holds a Master’s degree in International Relations and the Opening of New Markets.

You’ll know Simisola as ESEI’s International Admissions Manager. She’s been working at the school for 2 years and she really enjoys working the school’s flexible environment and appreciates the opportunities that ESEI offers her to be creative.

She says, “At ESEI, it’s all about PEOPLE, and that’s fantastic.”

If you’re looking for Simisola on a Sunday afternoon, you’ll probably find her at church.

If not, she says her favourite place to visit is Montseny, because for her there’s nothing like a breath of fresh air surrounded by a green forest.

Who would Simisola meet for dinner?

“I’d meet Chuck Feeney. With his legacy, I can tell he believes that our success is not about us, but others.”

“I think Kerry Washington would do a good job!” she says. 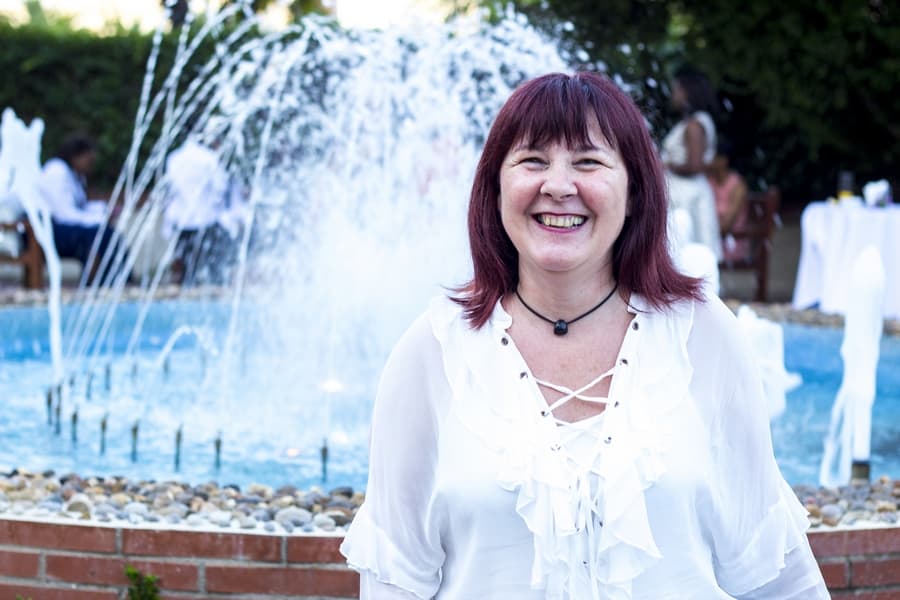 Mari Ángeles is from Esplugues de Llobregat, a small town just outside of Barcelona that also the hometown of famous Barça footballer Gerard Piqué.

You’ll definitely see her around – Mari Ángeles is responsible for cleaning and is a dab hand at maintenance in the school. She has been working at ESEI for 17 years and says the best thing about it is being part of the team.

You can find Mari Ángeles relaxing at home after a hard week’s work, or you might bump into her on one of Catalonia’s beautiful beaches – depending on the weather!

Who would she meet for dinner?

“It would have to be Bill Gates.”

She says Meryl Streep would be a great choice. 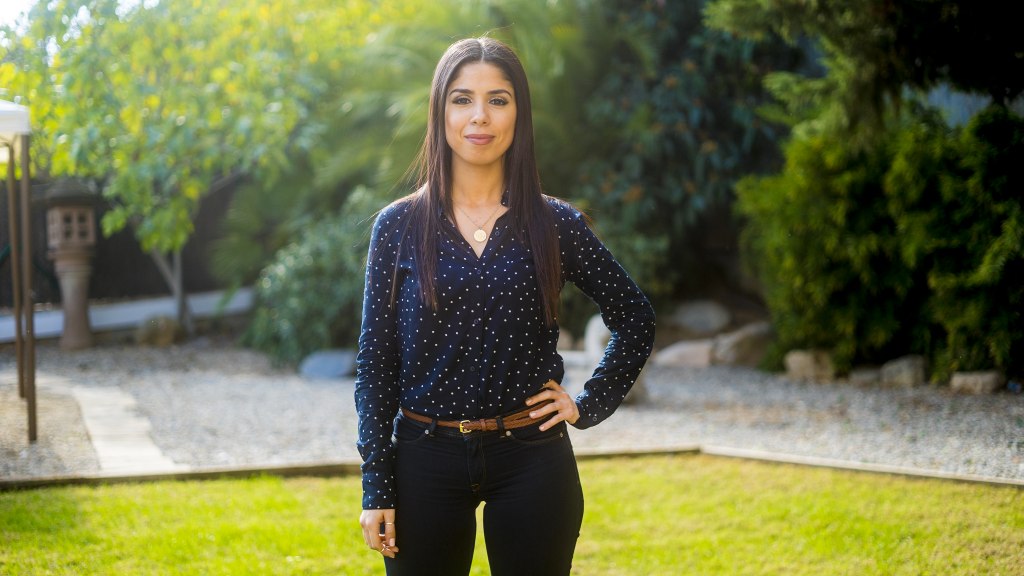 Esme is from the Netherlands and is the Admissions Officer at ESEI.

Esme has only just started working with the team – beginning work in October 2017. So far, the best thing is the friendly atmosphere. She feels like there is a lot of freedom for people to develop personally and professionally.

“Even though I am new, I feel very welcome in this team,” she says.

On a Sunday afternoon you might find her walking along the beach, or maybe reading a book or having dinner.

Who would you meet for dinner?

If Esme could choose an entrepreneur to have dinner with it would be Tony Robbins. She loves his positive and grateful attitude – despite the difficulties he has experienced in his life and career.

“Emma Watson would play me in a Hollywood movie!”

We use cookies to ensure that we give you the best experience on our website. If you continue to use this site we will assume that you are happy with it.OKCookie Policy