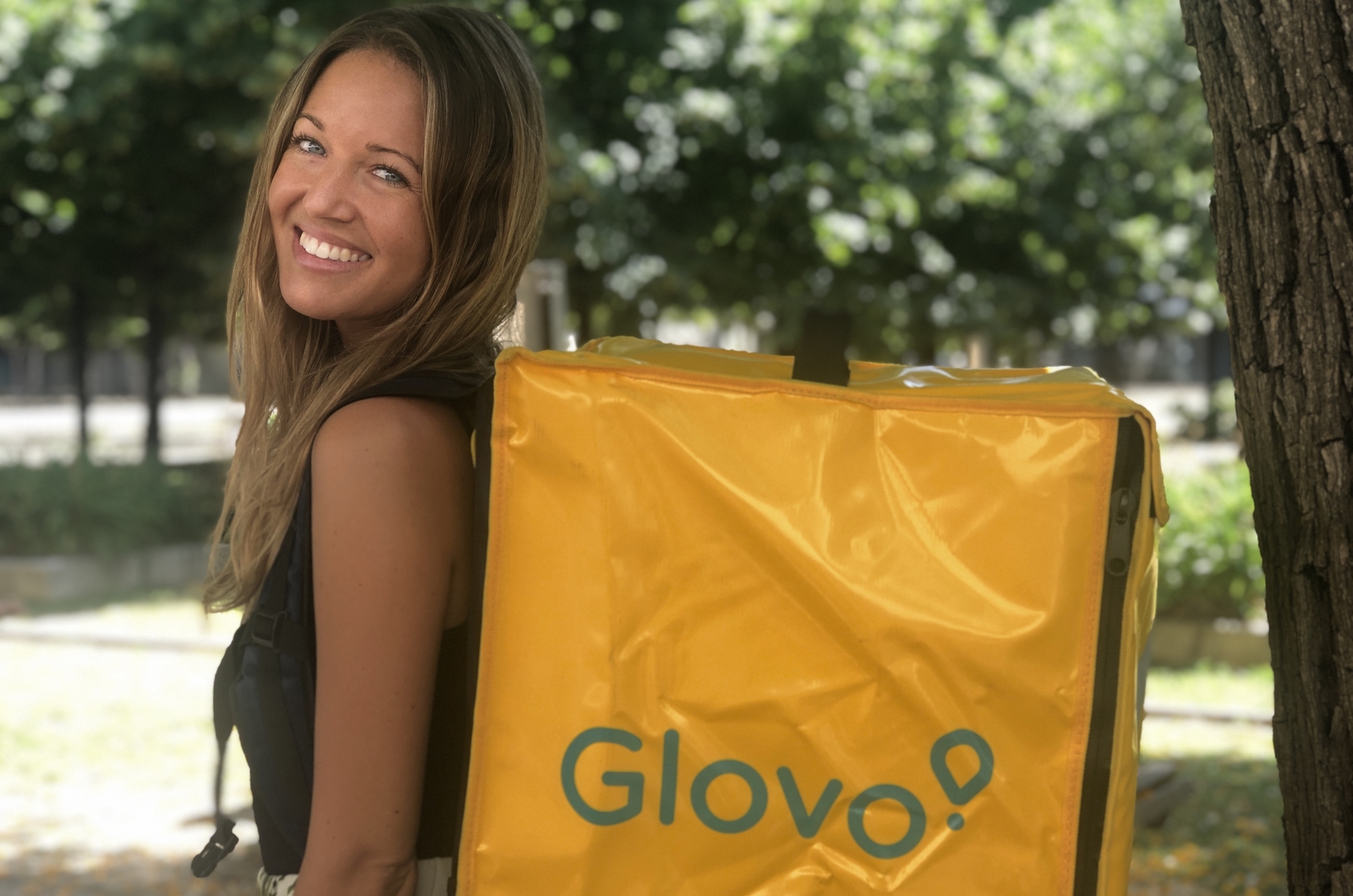 Today, we’re thrilled to introduce you to Johanna Grimberg, an ESEI alumnus with a great story.

Since graduating from the Bachelor in Business Administration programme, Johanna has found her passion in recruitment and started working in the startup world. She is now enjoying the first stages of a thriving career as EMEA Talent Acquisition Specialist at the Barcelona-based delivery startup Glovo. She told us her story from when she moved to Barcelona to how she became a member of the hiring team of one of Barcelona’s fastest growing tech companies.

A BA program and two internships

Johanna, from Sweden, came to Barcelona in 2012 straight after graduating from high school. She was only supposed to stay for a month, but, just like many other expats, she ended up feeling more at home here than she would’ve expected. One month turned into six and a half years.
When the time came to pick a school, ESEI was at the top of her list.

“I wanted to study in an international environment with people from all around the world. I had plenty of friends studying at ESEI, so I knew it was a good school where the classes were dynamic and practical,” she says.

For Johanna, studying at ESEI was a direct segue into entering the job market and kicking off her career.

“At, ESEI the classes are not only practical but they are scheduled in a way that you also have time for a part-time internship. This was very important to me as I believe that working experience, combined with studies, brings a lot of value,” she says.

Johanna landed her first internship thanks to the ESEI job fair, where she got to know the tech startup – creators of the BeIN fashion app – that she ended up working at for a year.
Johanna took an HR course at ESEI, which got her interested in hiring and recruitment. She decided to do a second internship in this field, recruiting sales profiles for BYFY Marketing, a small startup founded by one of her friends.

After graduating from ESEI, she got a job at Deloitte as a Junior Consultant.

“I realized very soon that the position was not right for me. I was in an acquisition integration project dealing with order management, which was an interesting challenge, but I really missed being able to interact with people,” she says.

The next step for Johanna was a recruiter position at Teleperformance’s Google Project in Barcelona, where a team of twelve recruiters were building the Central European hub for Google Adwords from scratch. They were hiring for positions in digital marketing and sales.

“After one year in TP, I was ready for a new challenge. The fast-growing startup, Glovo, caught my attention, and I started working there in October 2018,” she says.

Life at a fast-scaling startup

The startup experience is everything that she imagined, and more.

“I love being a part of such a fast-growing startup,” Johanna says. “It’s a flexible, dynamic and international environment where I’m surrounded by ambitious and inspiring people.”

Johanna feels that Glovo’s core values deeply resonate with her. She believes in thinking big, working hard and being proactive. Glovo also values good vibes and people who radiate positive energy – and so does Johanna. She’s all for humility, getting her hands dirty and thinking beyond her role to help others in the company.
She sees many benefits to working in a startup as opposed to a corporate environment.

“There are more opportunities for everyone to grow within the company,” she says. “It’s a more casual environment, with a flat structure and not a lot of hierarchy. People are always friendly and approachable,” she says.

Johanna loves being able to see the company grow and feeling like every single team member is a part of Glovo’s success, not just another number among thousands of people. She’s currently recruiting for a lot of different roles around the EMEA region, mostly in the Marketing & Growth, Expansion and New Business departments.

As for the future: Johanna doesn’t like to plan ahead too much, she prefers being in the present moment and enjoying it to the fullest.

“I am really happy where I am right now,” she says. “My short term goal is to grow in my current area and learn as much as I can about recruitment. I enjoy working with people; strategic human resource management and development interest me. I am driven by new challenges and I want a job where I keep developing both professionally and personally,” she says.

Do you want to work at a Barcelona startup, too?
Why not sign up for the same BA programme that Johanna did?
Stay tuned for more alumni success stories!